New Zealand has from way-back been known as having more sheep than people although right now sheep numbers are rapidly dropping as far too many properties are being changed-over to dairying.

Way back in the severe winters of the 1880s, serious sheep losses were occuring in the high country runs - and while there wasn't much to be done about the cruel weather, Keas became the focus of angry shepherds and flock owners. In March 1884 the sheep inspector at Queenstown reported that keas had attacked a flock near Lake Wanaka and killed 200 of the sheep in a single night.  A bounty was offered paying up to two shillings a head and later in 1884 -  1,574 kea beaks were presented at the inspectors office for payment of the reward. 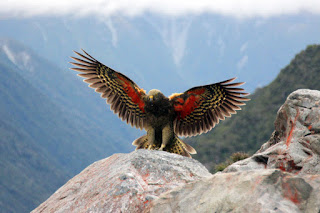 Keas are a heavy handsome alpine parrot with green overall feathering but strong pink colouring under the wings. They are rated as one of the worlds most intelligent birds. Initially their curious natures made it easy for shepherds and stockmen to supplement their earnings by potting Kea. 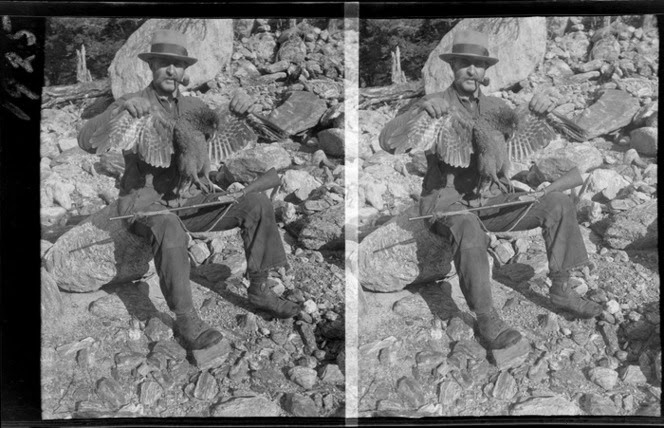 The kea quickly became wary and hard to kill - leading to the use of professional bounty hunters with  'kea-guns' luring the nosy birds into range with bright coloured rags or captive tame birds being used to 'call-in' wild kea. 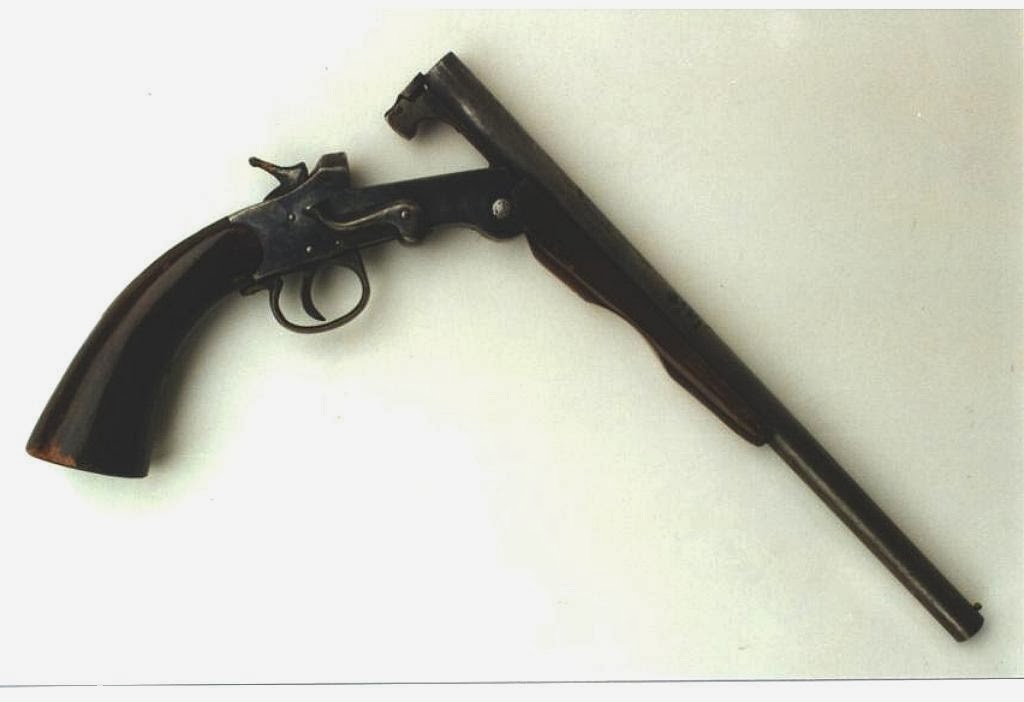 The true extent of kea predation on sheep remains to this day controversial - but personaly I have more sympathy for the bird than for those bloody wooly maggots that crawl over the hills where once there used to be plenty of native bush for the Keas to wander and feed in - before it was burned by settlers. - Baaaah!

Anyway, kea guns were (are?) to be found all over the place until laws were changed - The 1921 Act stated that a pistol was a firearm with a barrel length under 12" - so the 12-1/8" kea guns were classified as shotguns until about 1968 ( a good friend used his from the holster on hare drives and bettered the drive average!) - when the rules were changed again to anything with a length under 30" - 762mm, being a 'pistol'.

- Of course, on the occasion of both law changes, lots of non co-operative owners just moved their hardware 'underground' - often hidden 'above-ground' up in the rafters of old sheds and barns.. Many (most?) of the Kea Guns were made by 'Mugica' in Spain and were specifically built for the New Zealand market as a short version of their full size single barrel .410" Shotgun. Their barrels were made to length and bored to full choke (- not just "sawn-off").

Rod Woods (My 'guru'!) says that the Harrington & Richardson "HandyGun"  was also popular in New Zealand during the 1920s and 30s until the USA brought-in the 1934 US National Firearms Act that introduced registration and a Federal Tax on pistol shotguns and machine-guns.

Rumor has it that some kea guns were found to be usable here for pig hunting when loaded with a lever-action type straight walled cartridge ! 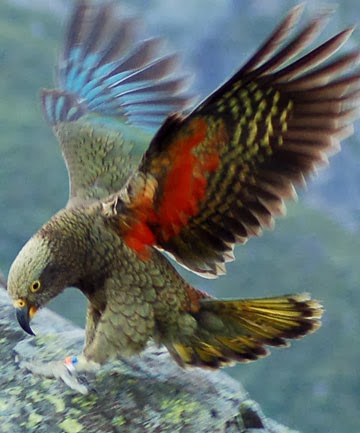 Kea are of course now a valued? protected New Zealand native - but they retain their reputation for using their powerful beaks to rip bits from tourists cars in the high country.

Marty K.
After researching & writing 1,036 blogs I've got something NEW to try .. I've signed-up to Patreon. - In over five years I've not made one cent from this .. NOW you can send me a wee support $ - starting from $1. to get all this stuff from New Zealand - over a year that's nearly the price of one Shooting magazine. - Am I worth it?