US Shot Show News from 'All Outdoor':

You really should click subscribe to get 'All Outdoor's regular e-mail reports/reviews. Somebody there does a very thorough job of selecting interesting shooting news and presenting it with short video clips. I certainly reckon that they deserve a pat on the back for a well-done job.

- My latest e-mail from them had news of the new Sig Sauer P220 10MM Auto pistol that comes in both DA/SA and SA Only versions. To me it looks like an old fashioned piece related to 1911s and Browning Hi-Powers in style - and is handicapped with magazines that take only 8 rounds. 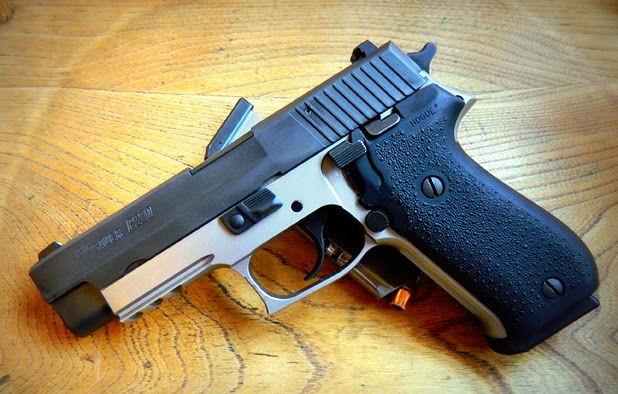 Sigs are sound, reliable, accurate weapons (and expensive!) - but only eight rounds in this day and age? - I know that 8 rounds of full power 10MM ammo should be enough to solve most problems and this flat shooting calibre is suitable for hunting as well as social use.

This same 'edition' from "All Outdoors" also has a piece reviewing the Glock G20 SF (small frame) 10MM that uses 15 round magazines in a comfortable grip. - This writer points-out that this is close to 3 times the capacity of a similar powered Magnum Revolver. 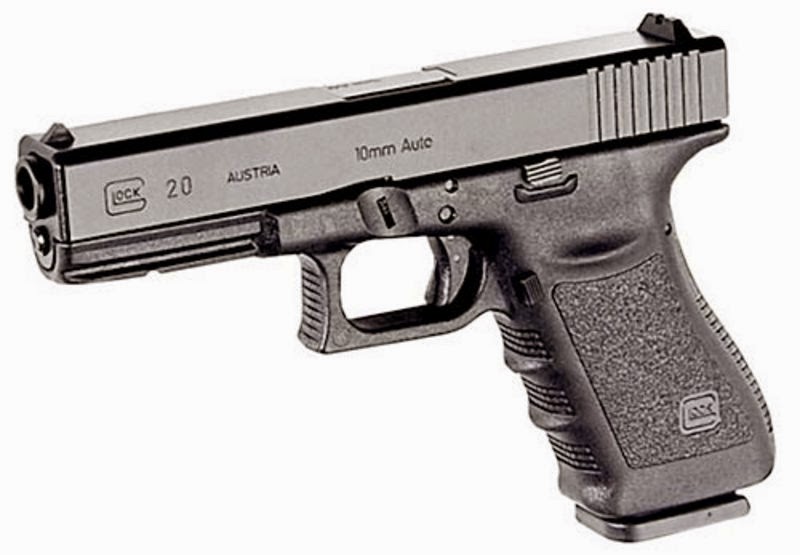 - You pays your money and makes your choice eh.

Further stories review the latest Ruger LCRs which have THREE INCH barrels (in 9mm & 38/357 etc). Only one more inch to go and we might be able to buy / import this model into New Zealand! 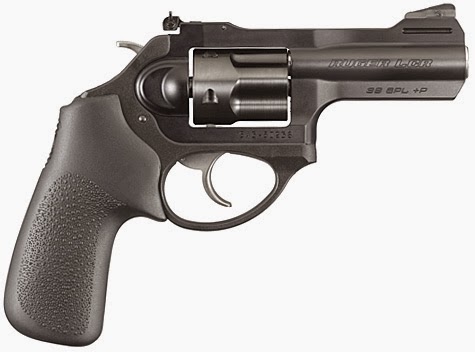 3 inch LCR - The 9MM version has a steel frame out of respect for this high pressure round.

Posted by Marty Kavanagh at 14:30 No comments:

Last weekend I took my 14 y.o. granddaughter (yes - I DO feel so old at times!) up the pistol club range. - she had told her mum that she wanted me to let her try shooting - so arrangements were made to have a go before the end of her school summer holidays. 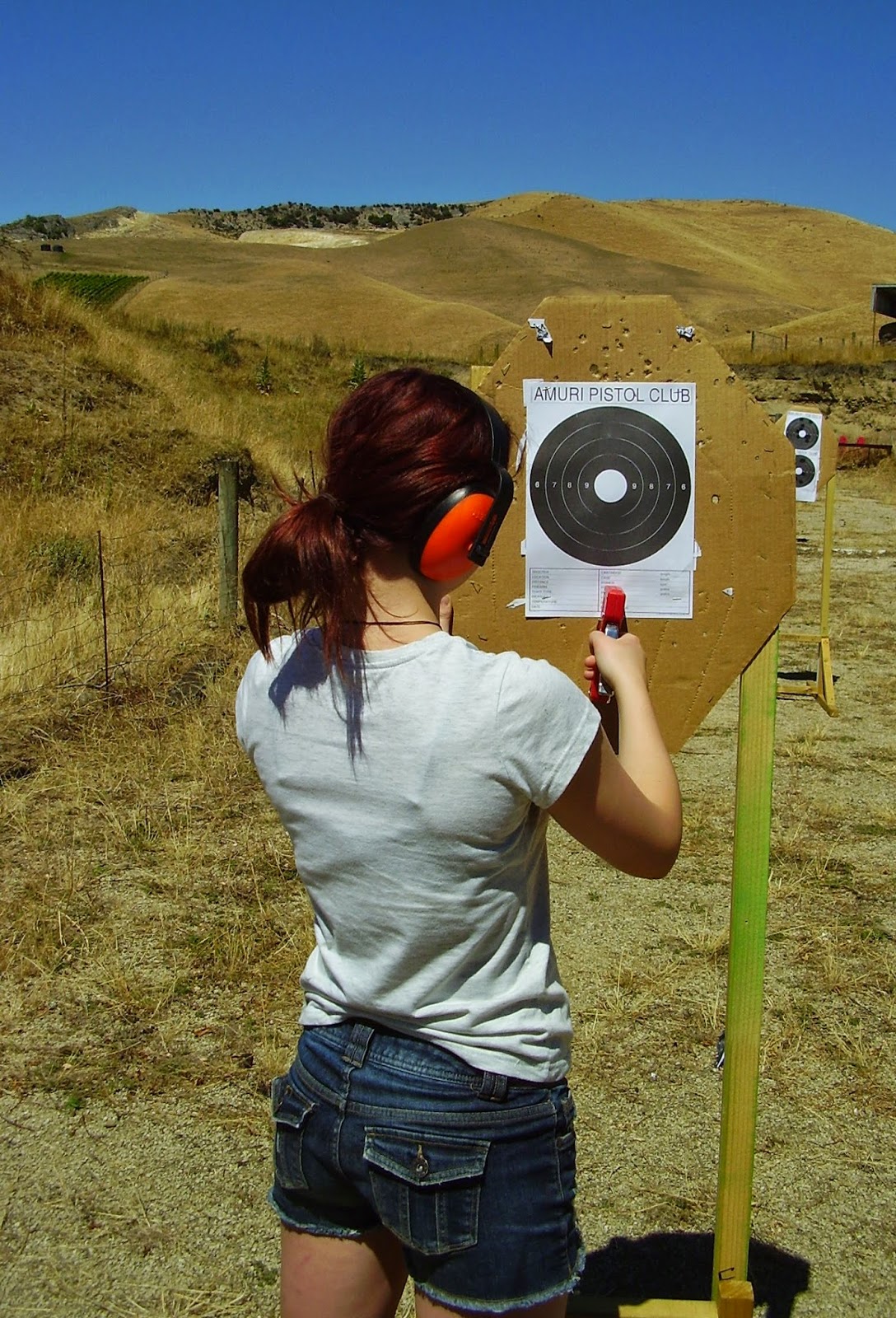 We worked through my usual sequence of guns after stressing to her the three Basic Safety Rules .. #1:Treat all guns as loaded at all times, - #2: Never point a gun at anything that you are not prepared to destroy, - and #3: Keep your finger off the trigger until you are set to fire.

We also went through all the other considerations and specific range rules, etiquette, and also stressed about keeping the muzzle pointed in the safe direction at all times, keeping loaded magazines on your person rather than leaving them around etc. etc.

She was very careful and basically safe - but I was interested/concerned to find that her fingers (thumbs) lacked the strength to cock the hammer on my wee Ruger  .22' revolver to shoot it single-action and needed to use two fingers to fire it double-action..(around 12 lbs trigger pull). 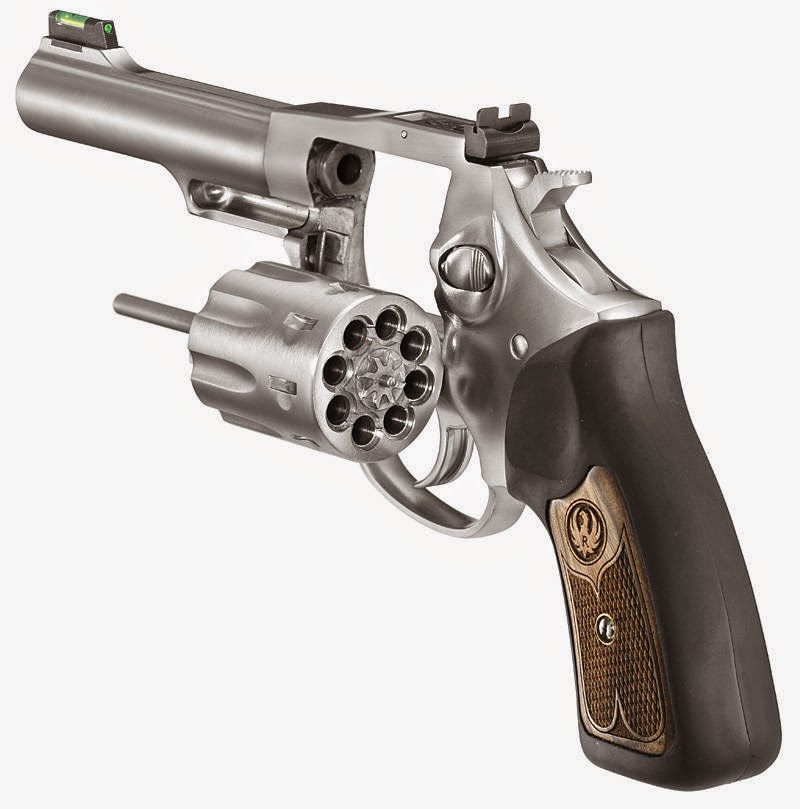 I'd neglected to remember that not everyone is as big'n'ugly as me!!

As it turned-out - her favourite guns were my old BSA bolt action .22" rifle and the club gun - a 10 shot S&W semi-auto pistol - both of which she could manage easily and she got through lots of ammo.

- The bigger centre-fire guns didn't appeal at all, although she did try one shot with a 12 gauge shotgun.

Just in case you are getting bored with seeing our New Zealand blue skies in photos (as above), - here's a shot I took today at home to show the sun-burnt grass (it's no lawn!) and there you go - we do get cloud (but no rain yet!). 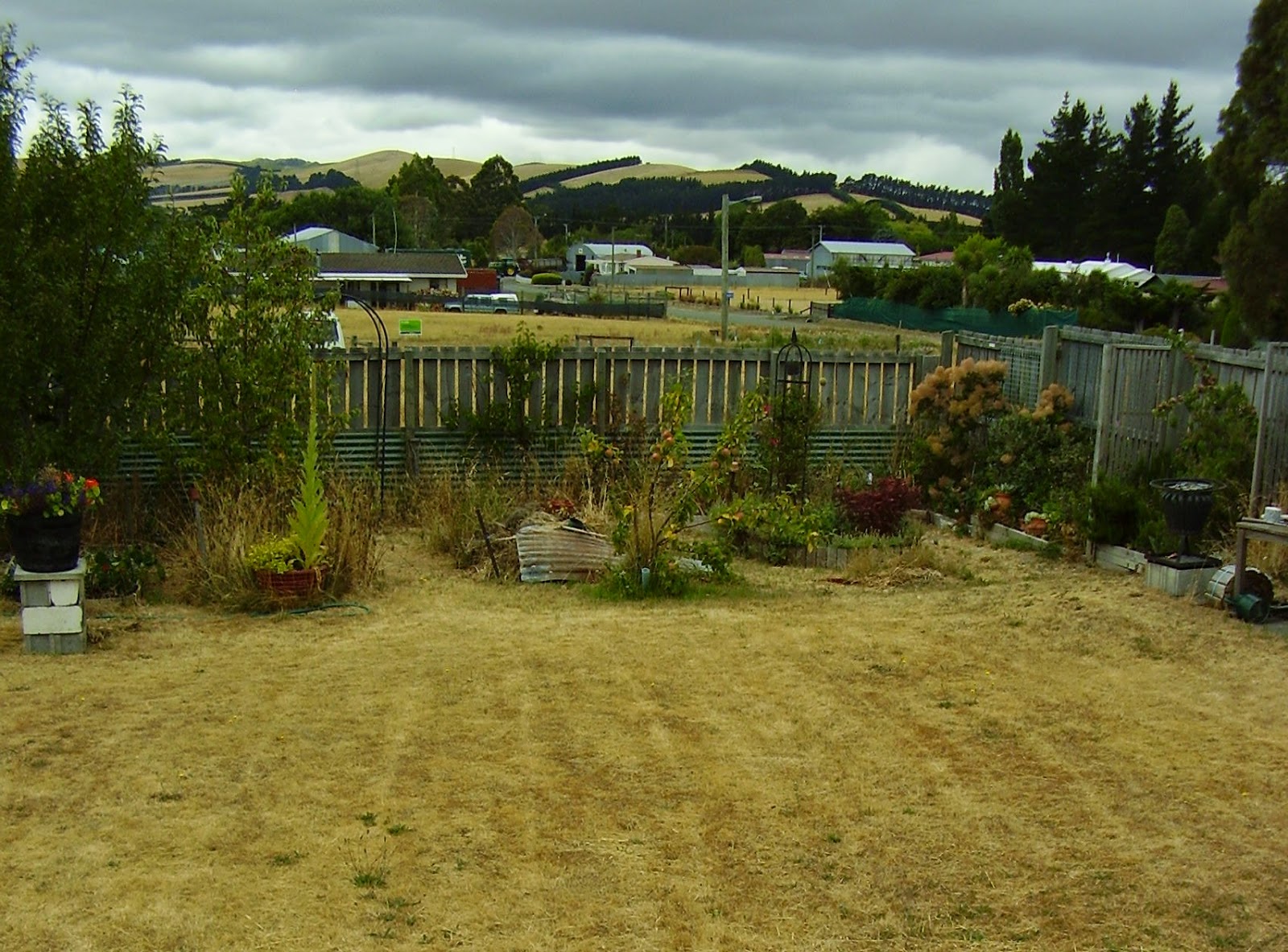 P.S. I had another visit  in the garden from some California Quail last week - cute wee things.
Posted by Marty Kavanagh at 14:08 No comments:

New Mags for Glocks and ..:

News from the 'land of the free' is two makers now offering new aftermarket magazines to fit Glocks.  Magpul have a line, and now 'Elite Tactical Systems'  ETS is offering clear polymer magazines in different capacities. 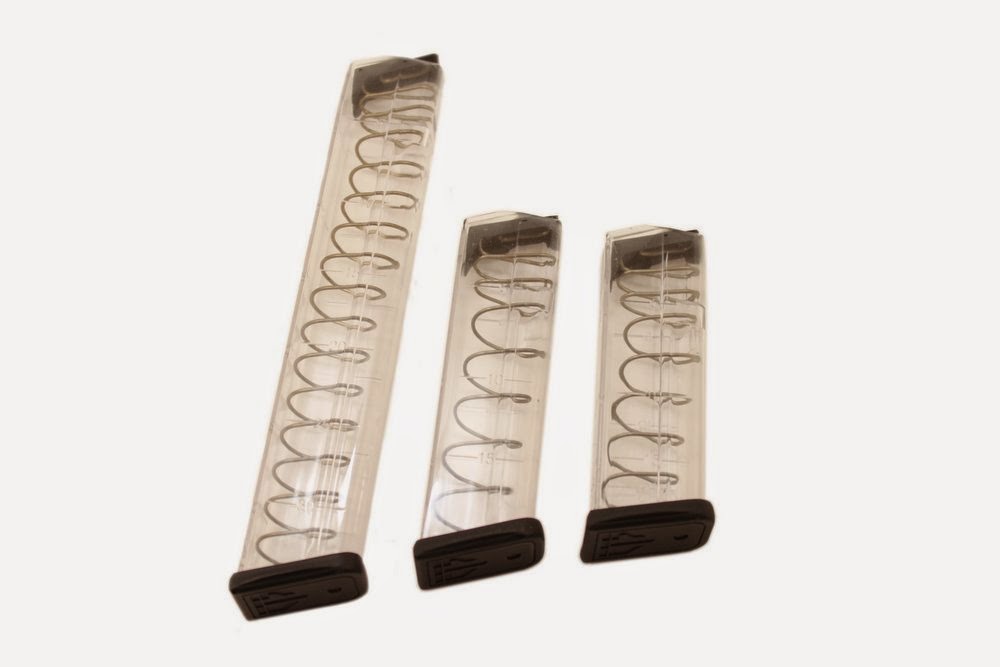 - coming in April these mags are thought to be priced at around US$20 and will be interesting ..

- Being aware that Glock quickly changed from all polymer to using a folded steel shell inside their magazines makes me question if these new ETS items might not swell and hang-up in the mag-wells - it will depend on the choice of plastic and wall thickness of-course. - How well will those polymer feed lips last? 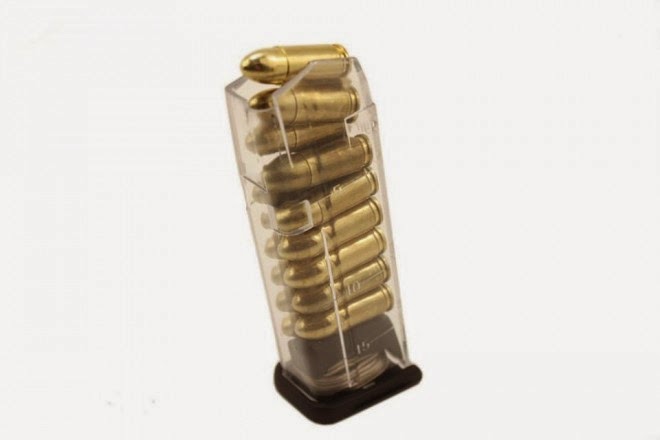 ETS Clear Magazine looks Useful.
Warning - Warning: Don't even think about leaving these clear loaded magazines laying in full sunshine! - The temperature of the cartridges would rapidly rise to very dangerous levels. That loaded mag. pictured  above could be the model for a solar collector !

Also new to me is Tru-Glo TFX after market sights that combine Fibre-optic 'glow in the sun' sight optics with Tritium 'glow in the dark' inserts and a white outline too. 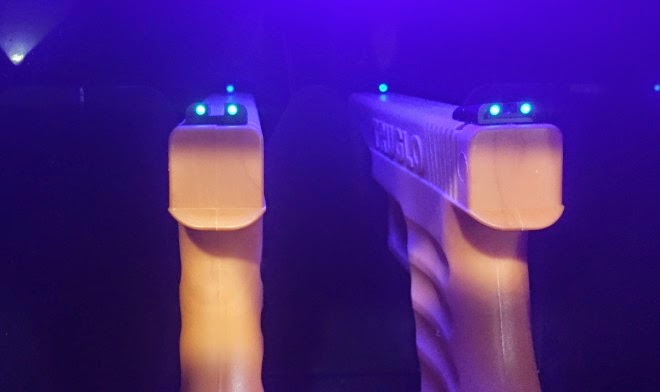 Looking great in the photos - but maybe they "costalotta"?
Also recent news for me is the Russians announced they will be taking delivery of 70,000 AK12 rifles in 2015. This order will greatly help Kalashnikov Concern to keep-on working - and the AK12s are considered to be much improved with better ergonomics, better recoil characteristics, - and can use western style optics and add-on bling. 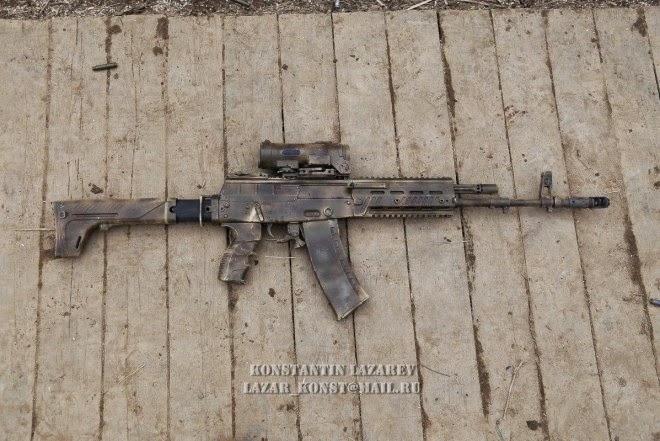 - I'd been thinking that the AK12 was the shotgun version - not an updated model in various chamberings (durrrrrrr)
Marty K.
Posted by Marty Kavanagh at 15:24 No comments:

I've been relaxing in the long hot days while watching the grass die from drought - There's never been so little rainfall in some locals here in New Zealand in the records! 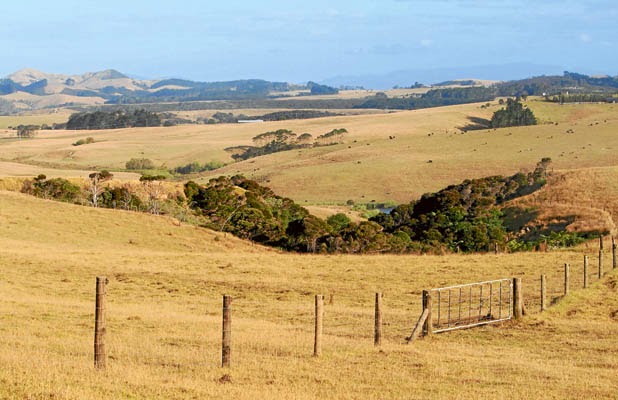 So - What's been happening? - The Doomsday Clock has moved forward to 3 minutes before midnight - warning of apocalypse racing towards mankind.. but don't worry about it eh.
(See my posting 8th June 2014 for more info.)

New Zealand Police Association frontline officers expressed concerns that they weren't getting enough training with real guns since they've started using video game-like simulators !! Live Training with their Glocks and Bushmaster rifles has dropped from 13,000 training sessions in 2011 to 5,000 only in 2012 and 7,500 in 2014. - They'll be running round next pointing their fingers at targets - going "peouw-peouw .. bang you're dead".

- Mind you - The Commissioner of Police still requires we sporting kiwi target pistol shooters to attend our club live firing range at least twelve times a year - to demonstrate our serious interest in the use of handguns. - Does that indicate that our frontline law enforcement senior administrators are not serious about their use of firearms ?

- Oh, and while we're on the topic - it seems that The NZ Police hierarchy have secretly introduced an "amendment" into Parliament to give them the right to charge us increased fees for 'services' such as license applications and import permits. They told the consultative liaison committee at the last meeting that they were considering maybe looking at increased charges - while all the time they had secretly made the move to have the law changed without telling us shooters about it.

- Seems to me that they are well set into thinking that law abiding certified 'fit & proper' firearms users are to be treated like scum and penalised at every opportunity to discourage their use of their legal rights as firearms users. - This is a hostile and punitive move against legal shooters.

I was seriously thinking that I'd call it a day with this blog after a full year - but we definitely need all the voices we can raise to protest at being treated like undesirables and criminals.

We have only until February 5 to make submissions against the parliamentary amendment bill - think about it - every nut, spring, screw and pin for a gun will have to have an IMPORT PERMIT application fee paid to the police - Guess how much you'll have to pay in future.

Marty K.
Posted by Marty Kavanagh at 01:32 No comments: