A (3rd!) Look at Black-Powder FLINTS

I really need to say here that I'm not obsessed by black-powder FLINTS - and I don't have any experience flint knapping - or shooting flintlocks. 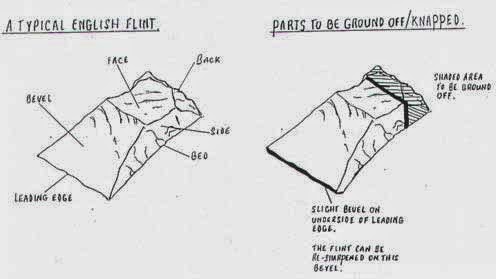 That said - I am reading another book on my Kindle about the old-time guns of Americas Western Frontier, called 'Guns on the Early Frontiers: From Colonial Times To The Years Of The Western Fur Trade.'  by Carl P. Russell. - And this very thorough and extensively researched work includes detailed information about FLINTS - which I owe it to you to pass-on ! 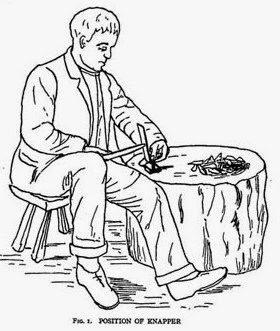 - I quote:
" The nodules of flint came from layers of chalk. Pits from which the nodules have been dug are scattered everywhere over the ancient quarry sites. The best flints for use with firearms were quarried in damp weather, and were dried out at a fire before the knapper undertook to work on them..

The author goes on to quote the US Army Ordnance Manual of the day meticulous instructions:

"After the flints are placed in the boxes, all the interstices are to be filled with dry sand, in order to exclude the air from them as much as possible;

and later:
" Flints should not be placed in the upper stories of a building, but in the basement or cellar, where the air is damp and cool."

So - being aware that those flints from the wreck of The Abervagenny - having been under water for more than 200 years were found to be superior performing - and the US Ordnance Instruction was to keep stores of flints in damp and cool conditions - May I have a guess that it might be worthwhile investigating the use of water soaking or even boiling ? flints to improve their durability ? 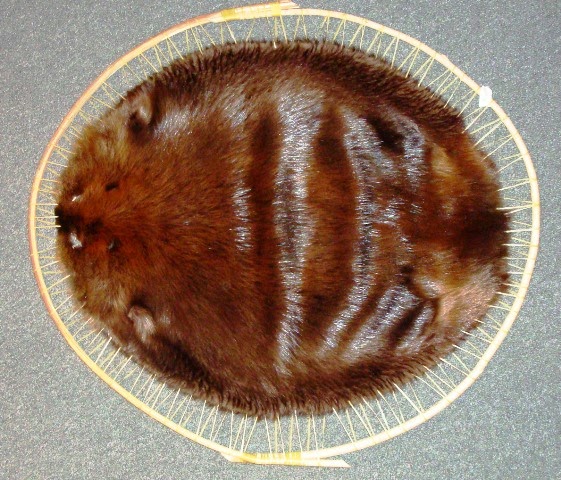 In 1748 the Hudsons Bay Company  'York Factory' would give you 16 gunflints for one beaver (skin). - At Miamis in 1761, an Indian trapper would get 12 flints for one beaver skin - a beaver skin was reckoned to be worth around a dollar at that time. By 1823 the Government price at St. Louis was less than 1/3 of a cent per flint - no doubt influenced by the rise of percussion capped guns.