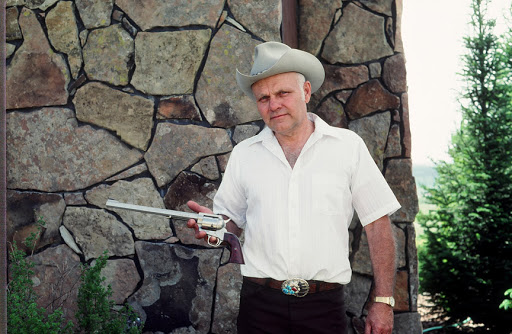 His best known cartridge is the high pressure - high velocity 454 CASULL cartridge dating from 1957 .. (The cartridge can develop over 60,000 C.U.P.). Mr Casull was 87 years old when cancer finally got him - but he had been a bit of a wild lad and designed / made his first gun when 11 y.o. 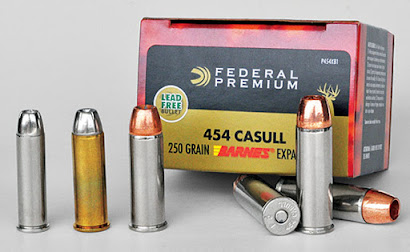 454 CASULL Is Bigger In every Way than The Three 'Normal' Magnums.

- But I reckon it's very interesting that Casull in 1978 was also behind developing & building the the Freedom Arms mini revolvers that are made currently by North American Arms in .22" R.F. and .22" WMR. 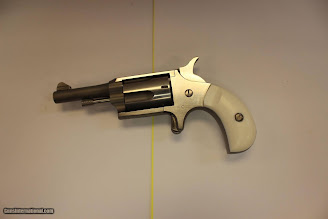 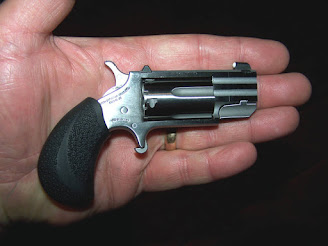 I got interested in this story because I'm curious about the performance of .22"Magnum (WMR) rounds in handguns ... particularly when fired from very short barrel revolvers. The WMR cartridge is very useful and performs great on small game when fired from a 16 to 18 inch barrel ... but when poked-out of a one or two inch tube as in a mini revolver or derringer - I'm thinking that shooters might better save their money and use a gun chambered in the ordinary cooking "two-two" rim fire ammo.

I've stood next to a long barrelled - six inch - revolver firing WMR and that was unpleasant with muzzle blast and flame. They certainly feel & sound powerful ... but they'd be lucky to be leaving a one inch barrel having accelerated to over 700 foot per second - which is the same as the ordinary NON-MAGNUM rim fire round manages.

There's a chart in this linked story that shows most .22" WMR loadings making only 730 ft/sec from a One Inch barrel - 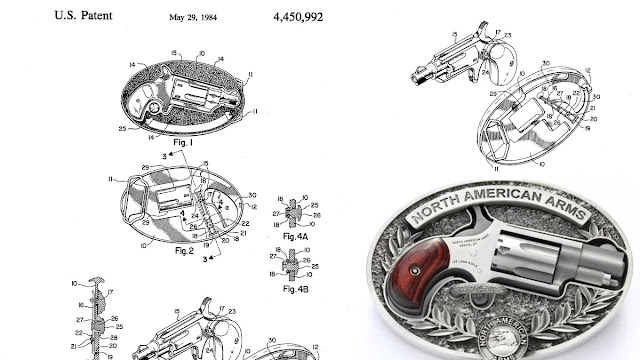 Casull's Belt Buckle Revolver
No kidding but these mouse-guns are deadly dangerous to anyone standing in front of their small exits .. just seeing one pointing in your direction will tell you to get out of town - even without hearing one barking to batter your eardrums. - Whereas the .454" Casull is a solid "Grizzly Bear" gun.