DO YOU TRUST YOUR GOVERNMENT?
Throughout the period 1953 - 1992 the British public were told that should the Soviets launch a nuclear attack at their once green & pleasant land (where supposedly Jesus visited Glastonbury in some unknown year) .. they were promised by their government that they would get a three or four minute warning of their imminent ending.

- This would have emanated from a Warning Officer at the Home Office's Warning and Monitoring Organization - stationed at RAF High Wycombe. (- I lived close-by for 8 years).
Weasel Words & Empty Promises:

You may be excited to learn that this 'generous' warning would only be made in case of a communist nuclear devastation ... should the explosion(s) emanate from a British or U S capitalist gadget there would be NO WARNING - nor indeed any report of it's nature until later when an appropriate fiction might be created .. Such as when a B-47 bomber crashed on landing and destroyed three Mk-6 fission bombs stored in an 'igloo' bunker at RAF Lakenheath Suffolk in 1956.

RAF Lakenheath is an U S Air Force Base - where control was handed to U S in November 1947. 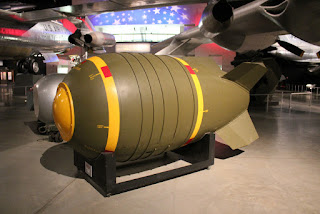 The B-47 bombers had an extensive record of "Broken Arrow" crashes and accidental death during their 30 year service life.

Papers released at the National Archives, - formerly the Public Record Office, reveal that Whitehall wanted to block U S authorities from even ordering evacuations if any of its nuclear weapons fell on the British countryside. 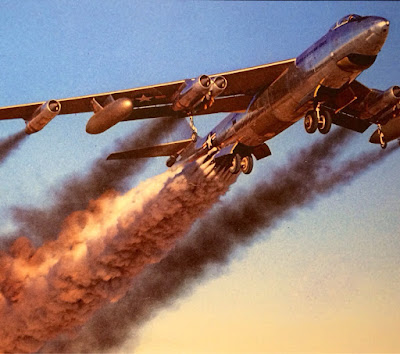 The record shows that more than 2,000 of these nuclear Stratojets were built & deployed.

- In October 1962 I had annoyed my factory manager by taking a day off work - fully expecting to be vaporised by the US threatened nuclear attack on Russia over the Cuban Missile Crisis. - The Soviets sensibly backed-up and withdrew their missile support for Castro's Cuba - thereby forestalling the need for the British High Wycombe based Warning Officer to pick up his telephone .. 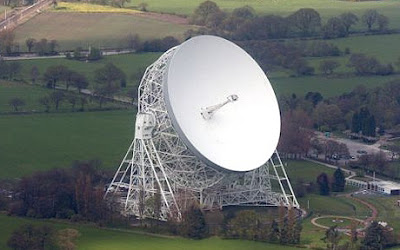 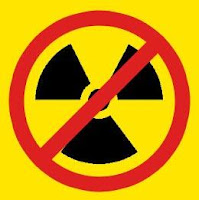 Relax - you are in safe hands(not) .. as long as all Kiwis have surrendered your prohibited rabbit guns. 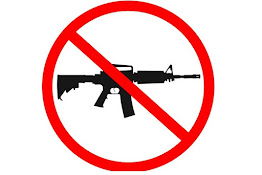 P.S. - I've just realised why god created politicians ... it's all to add uncertainty to the issues of Right & Wrong - or Fact versus Lies - as whenever the assoles take the soapbox to promise us what they are going to do next time if we vote for them .. they might (only just) actually do it ..

Use your PARTY Vote.