I had wrongly thought that the UK had blasted-off all their Atom Bombs in Western  & Central Australia ... but they also used the Central Pacific MALDEN ISLAND in The Gilbert & Ellice Islands - now known as Kiribati.

Trying to write fact about the Poms nuclear tests gets very confusing very quickly .. partly because of the technical terminology used, - partly because THEY themselves were confused and couldn't seem to get the atom science right ... and partly because the British Government was both lying to the "public" .. and telling a different set of lies to America's leaders - who they were trying to con into sharing their nuclear secrets with the British scientists.

Using their words - if you added Tom (fission) to Dick (fusion-boosted) you might get "Harry" The H-Bomb. 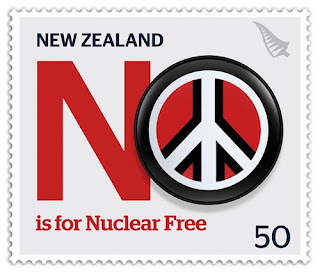 We all know that New Zealand became 'Nuclear Free' over the French 1970's tests in the Pacific .. but did any of us know that the NZ Government had already refused in the 50's to let Mother England use either our southern Antipodes Islands or the northern Kermadec Islands for H-Bomb testing?

... When Australia told Britain to pack-up it's H-Bombs and go elsewhere - they looked to the Pacific ..

"In May 1955, the Minister for Defence, Selwyn Lloyd, concluded that the Kermadec Islands, which lie about 1,000 kilometres (620 mi) northeast of New Zealand, would be suitable.They were part of New Zealand, so Eden wrote to the Prime Minister of New Zealand, Sidney Holland, to ask for permission to use the islands. Holland refused, fearing an adverse public reaction in the upcoming 1957 general election in New Zealand. Despite reassurances and pressure from the British government, Holland remained firm.."

This was to be Britain's first test of a radiation implosion thermonuclear bomb design. The device, named Green Granite Small, weighed 10,000 lb and used a modified Red Beard primary (called "Tom") and a lead-encased lithium deuteride secondary (called "Dick"). Most of the yield was from the secondary, providing evidence of successful radiation implosion, but the yield was far below the predicted value (about 1 megaton was expected).

It seems that ALL Governments lie .. But the bigger and more powerful they become - the bigger the lies that they tell. 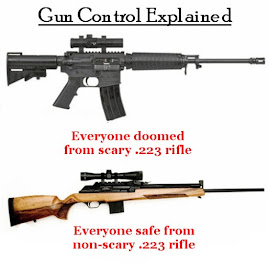 - Have you surrendered your freshly PROHIBITED sporting rifles & guns that 'Jacinda' blames for the murders by Brenton TARRANT? .. If not you will be treated as a criminal.
Marty K.
.. The phrase "Tom, Dick & Harry" is an example of a TRICOLON ... speaking in threes - which our brains seem to like. - Other examples would be "Lock, Stock & Barrel" and "Cheats, Liars & Politicians".
MK.
Posted by Marty Kavanagh at 05:01