This repeat offender who rammed two police cars and stole two Glock 17 pistols .. together with various other offences - is now due to be sentenced 05 March 2020.

It seems that his 'brief' had objected to an aspect of his guilty plea relative to terms of sentence - she apparently is working well for this young person .. 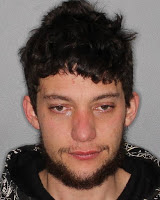 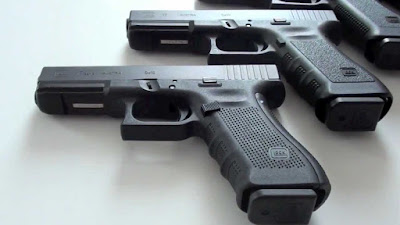 Trial evidence was that he kept one pistol for his own use - and sold the second for $1,500. to a friend

Our NZ Police Association President made his statement to Parliament considering multiple changes to New Zealand firearms regulations - stating that criminals obtain their illegal guns by stealing them from lawfully licensed owners. - I am currently informed that serving police personnel are NOT REQUIRED TO HAVE A FIREARMS LICENCE.


" Police acknowledge IPCA report"
Police acknowledge the Independent Police Conduct Authority’s findings in relation to a serious incident in Gore last year.
The incident occurred shortly before midnight on 14 August 2019 and resulted in a patrol car being stolen along with two Glock pistols from a locked box inside the vehicle.
The IPCA report released today found that one of the officers involved, referred to as Officer A, did not breach Police policy by leaving the keys in the car’s ignition.
“While there was no specific policy requiring officers to remove keys from their vehicles, Police accepts that Officer A's actions enabled the offender to steal both the vehicle and the firearms,” Southern District Commander Superintendent Paul Basham says.
“This was an unexpected and fast moving situation however changes have since been made, at both the district and national level, to help ensure this type of incident is never repeated.”
A national instruction now requires officers to remove keys from an unoccupied vehicle, and a training package on vehicle security is being developed for all front line staff.
Southern District Police undertook a review of its practices and made improvements to the manual handling of car and gun safe keys.
The IPCA also found the use of a Taser during the incident was reasonable under the circumstances.
The stolen firearms were recovered by Police, and the offender was convicted and sentenced to more than three years in prison.
ENDS
Issued by Police Media Centre
Posted by Marty Kavanagh at 15:33