There was a well reported Hostage event ("if it bleeds .. it leads") in Oriana Crescent - Tauranga on Sunday. This resulted in one person being shot dead - but the hostages were released uninjured.

Both video of the police action and reports from neighbours suggest that multiple shots were heard during the 'entry' ... but "a police spokesperson" has stated that the offender was killed with one only shot
.. Another described "bullets coming through the roof". But police say they fired only one shot.

"We understand residents have reported hearing multiple shots being fired," a spokesperson said.
"This was likely to have been distraction devices, which were deployed twice upon police entry and which can produce a sound similar to rapid gunfire." 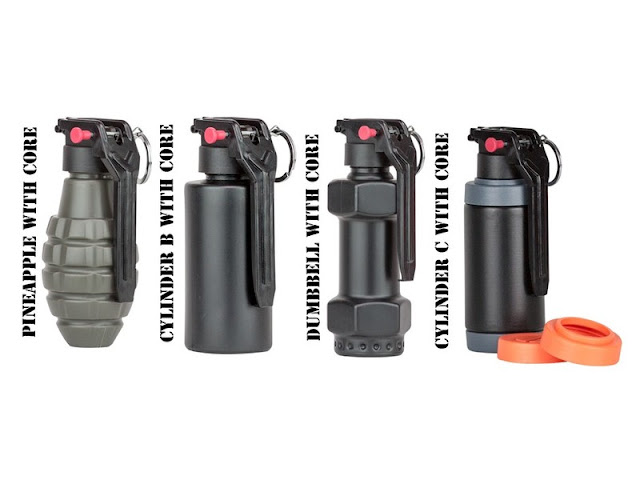 My quick research suggests that this "distraction device" might be a CO2 powered "grenade" such as those marketed by  American Speciality Ammunition Inc . - Valken in USA for around US$50. plus each and shown in this video below:

https://www.youtube.com/watch?v=TK4uvcUdb9k
- We .. mere citizens - are unlikely to be informed as to how many of the multiple "bangs" were noise grenades and how many were police firearms discharges .. but assuredly the accepted level of handgun marksmanship by police worldwide is around 82-85% misses.
Marty K.
Posted by Marty Kavanagh at 16:32