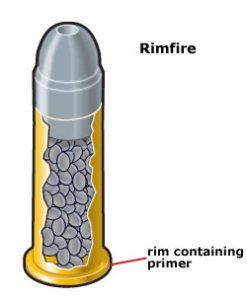 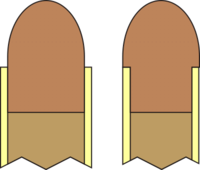 The .22" Long Rifle rim-fire cartridge can be problematic in a box magazine fed auto because it is NOT RIMLESS - and it has another problem in that it is greasy externally lubricated due to it being a heeled or stepped bullet.

- So why can't we just combine the features that we WANT into one cheap'n'easy round that is rimless - while primed & ignited without a separate centerfire primer .. like this brilliant concept: 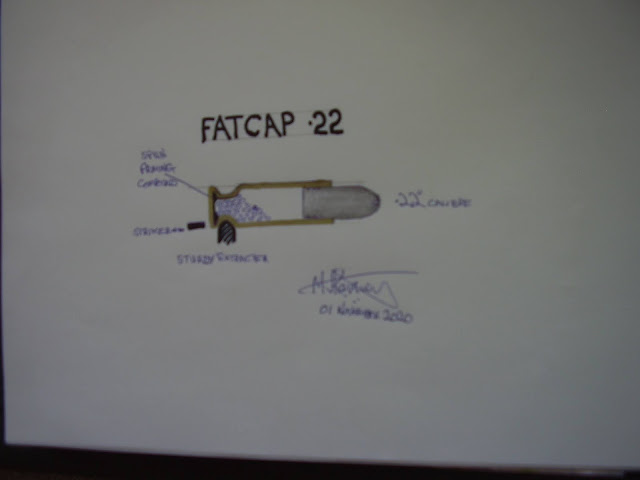 THAT Will Fill Your DOUBLE-STACKED MAGS Right To The Brim

Ah but" I hear you say ".. that unsupported rim won't be pinched or crushed properly by the firing pin" -

but I reply Oh yes it will because you shove a nice solid EXTRACTOR into the groove right in front of where the striker impinges that will serve as the anvil to crush-ignite the priming.
.. Problem solved with a nice cheap rimless two-two that's made using similar tech to the current rim-fire Long Rifle 22"s. 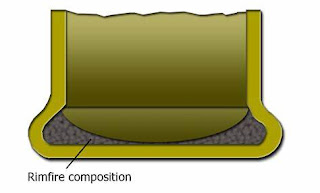 P.S,  I don't know why makers offer .22" round-nose solid bullets for Match or target shooting - when according to Wikipedia .. " In target shooting, they(hollow-point) are used for greater accuracy due to the larger meplat. Hollow point bullets are more accurate and predictable compared to pointed bullets which, despite having a higher ballistic coefficient (BC), are more sensitive to bullet harmonic characteristics and wind deflection."\ 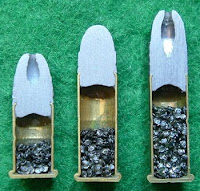 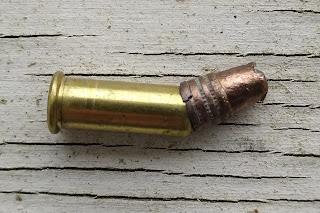