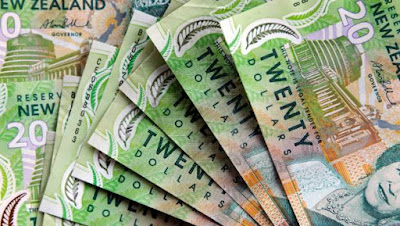 The world sees New Zealand as a good sort of place free from corruption .. which it is .. bloody brilliant actually .. apart from the corruption.

Where's That Then?
Clue .. Workers Can't afford To Live There Any More.

But when you take a good look at some of our top-class paid employers - they seem to have gotten a bit too big for their boots and want more and more cash out of the till.

This CORRUPT COP from Auckland Central had a decent job with our NZ Police but wanted to sell data of personal & criminal police information .. He's serving a short time in segregation with another minimal sentence. 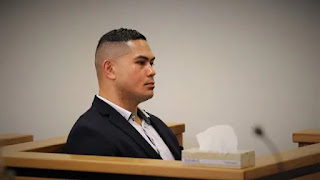 Our anti-corruption and fraud laws are sitting-around alongside our accident investigation procedures - not doing much at all to protect ordinary folk from being ripped-off.

Their department MANAGERS get very good salaries but do they earn them? .. we've got a CHARITY that stopped helping people give-up smoking a few years ago but it's top managers are still sucking out tens of thousands of donated dollars a year in fees .. while our government says that they can't do anything to stop it ..

A West-Coast Coal Mine blows-up killing many workers .. Safety Regulations are in question but the Manager makes a "CASH DONATION" and leaves the country free from prosecution ..

This type of RIP-OFF goes all the way to the TOP .. Right now we have the MAYORS of both Auckland & Christchurch being investigated for breaking the rules on election money donations,

Political Parties are under investigation for fiddling large dollar gifts from businessmen who buy "considerations" in the policies that pass through Parliament ..

- WHY DO 'TAX LOOPHOLES' EXIST WHEN WE PAY FOR GOVERNMENT ACCOUNTANTS?

- WILL ANYONE GO TO PRISON FOR THIS CORRUPTION?

- WILL ANYONE GET THIS CASH CONFISCATED .. ANYTHING LIKE LICENSED SHOOTERS WHO'VE HAD THEIR VALUABLE & LEGAL GUNS TAKEN? 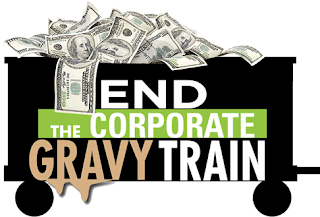 Many New Zealanders think that the Politician's gravy train is flowing too smoothly - while these leaders are slurping way too much from the troughs ..

The Police have announced they are setting up a new anti-corruption unit - the Police National Integrity Unit to look inside their own ranks.

- I hope it works better than the INDEPENDENT POLICE CONDUCT AUTHORITY or The Serious Fraud Office does ..

- Will they investigate WHY NZ Police have spent multi-millions of dollars confiscating legal guns while blaming a fine group of law abiding Hunters, Target Shooters and Collectors - who POLICE  themselves have certified as being FIT & PROPER TO OWN FIREARMS .. for being to blame as a cause of violent criminal acts?

- Perhaps they might investigate why UNLICENSED police are walking around with dangerous assault rifles & auto pistols in our cities ?

Te Pae Oranga seeks to reduce prison populations by using  community based restoration processes - this seems to involve property thieves restoring anything that they've got left-over - back to it's rightful owners when they're finished using it.


- I doubt they (police management or thieves) will do ANYTHING useful unless we make them ..