Ernest Rutherford, 1st Baron Rutherford of Nelson, OM, FRS, HFRSE (30 August 1871 – 19 October 1937), was a New Zealand-born British physicist who came to be known as the father of nuclear physics ..

Britain was the very first country to investigate the development of nuclear weapons.
1940 and the MAUD Committee showed the feasibility of fission weapons.
1947, plans were formed to develop a British nuclear weapon.
1950 'High Explosive Research' (Ministry of Supply)
1952 renamed the Atomic Weapons Research Establishment (AWRE)
1954 AWRE was transferred to the United Kingdom Atomic Energy Authority (UKAEA).

In 1971 the production activities of UKAEA were transferred to the newly created British Nuclear Fuels Ltd. (BNFL).

1973 AWRE was transferred to the Procurement Executive of the Ministry of Defence two Royal Ordnance Factories (ROFs): ROF Burghfield and ROF Cardiff  under the control of AWRE.

In 1984 these two ROFs were separated from the other ROFs, which were then formed into a Government-owned defence company, Royal Ordnance plc and was then privatised in 1987.

1987, AWRE was combined with ROF Burghfield and ROF Cardiff to form the Atomic Weapons Establishment (AWE)

In 1993 the government awarded a contract to Hunting-BRAE.

2008, the BNFL share in AWE Management Ltd was sold to Jacobs Engineering Group,

AWE is tasked to help the United Kingdom maintain a credible and effective minimum nuclear deterrent:

A June 2016 test of the unarmed D5 missile, which reportedly has a range of 7,500 miles, saw the rocket fail and careen toward the US coast before spinning out into the Atlantic. The Times revealed that when the colossally expensive failure occurred in June, the Obama White House asked then Prime Minister David Cameron’s government not to comment on it publicly.

- Sounds like something is too hot to handle for long eh .. ten nuclear ownership changes in seventy years.

BBC reports that the Ministry Of Defence's "poor management" of Britain's nuclear weapons programme has led to rising costs and lengthy delays, according to the government spending watchdog The National Audit Office.

- Should any Nuclear weapons EVER be under the commercial control of a LIMITED LIABILITY COMPANY?

- These moronic "leaders" have the cheek to want to take our guns from us after handing nuclear weapons manufacture to limited liability private companies ! .. are any of these politicians 'fit and proper' to have even an air-gun - never mind nukes? 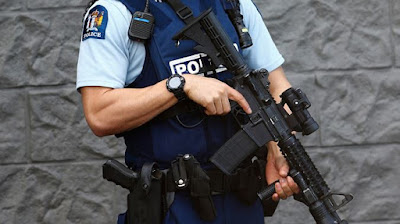 Why should New Zealand Police strut around our streets with "ASSAULT RIFLES" & GLOCKS - WITHOUT ANY FIREARM'S LICENCE?